Berries, full of antioxidants such as flavonoids and anthocyanins, are great for your health: diabetes, hypertension, obesity, cholesterol levels, and even cancer and neurodegenerative diseases.

Ten recipes that will kill your carb cravings and top you up with extra good fats with a touch of proteins and great taste.

Alternate fasting extends lifespan and promotes longevity in nematodes and mice. Humans could benefit from fasting and exercising too.

The Gluten-Free Diet and Celiac Disease

Less than 1% of Americans suffer from celiac disease (or CD), and they must consume a Gluten-Free Diet (GFD) to avoid the health effects and risks associated with their condition.

Avoiding gluten is the only way to control CD.

There is another group, those with "wheat allergy", people suffering from Non-celiac Gluten Sensitivity or NCGS. This is a relatively new and controversial disorder with prevalence rates that range from 0.5 to 13% of the population and which may or may not respond to a GFD.

These are the only groups that should follow a compulsory gluten-free diet.

What is Gluten Anyway?

Gluten is a family of proteins known as prolamins which are found in several cereal grains such as wheat, barley, and rye.

These proteins are elastic and viscous, two factors that help the dough made with them to retain the gas generated by yeast, making it very suitable for the preparation of leavened bakery products.

The digestion of gluten

Prolamins (such as glutenin and gliadin) are not broken down by the acid produced by the human stomach. So they move on, untouched into the small intestine.

Gluten proteins have long molecular chains which make them difficult to digest, but the enzymes in the small intestine break them down into shorter peptide chains, making them more easily digestible.

But these peptide chains can provoke immune responses in susceptible individuals, provoking a celiac disease.

There can be as many as 45 different types of gliadins in a single variety of wheat, and each one of them exhibits different biological properties.

As the cells that line the small intestine (the "villi") absorb the broken-down segments of prolamins, they come into contact with "strings" of molecules such as a gliadin residue known as α2-gliadin 57-89, which is a strong stimulator of certain antibodies called T lymphocytes.

These antibodies detect "foreign" invaders known as "antigens" (that is, cells that are not your own) and they destroy them: toxins, bacteria, viruses, cancer cells, etc. They identify these antigens by the molecular shape of their outer surfaces and latch on to them.

But in the case of gluten, the T lymphocytes mistakenly recognize the gluten residues as antigens and unleash an immune response against it.

And this action causes inflammation and the death of the cells containing the gliadin residues, resulting in damage to the intestinal lining that absorbed the digested gluten proteins.

The bad part is that every time the T cells find gluten residues they will provoke an autoimmune reaction.

Meaning that those diagnosed with Celiac Disease cannot eat anything containing gluten or they will face the nasty effects of the immune response.

There are several downsides to celiac disease.

The damaged intestinal cells can't absorb nutrients and this "malabsorption" leads to deficiency in vitamins and minerals provoking anemia (lack of iron), and osteoporosis (brittle bones due to lack of calcium).

Chronic inflammation is somehow linked to an increase in certain types of cancer in people suffering from celiac disease (such as lymphoma) (1).

There are also painful side effects due to persistent inflammation and disrupted digestive processes.

So those who suffer from CD must eat a GFD for the rest of their lives.

What is the cause of Celiac Disease?

Three factors have to come together to cause CD: gluten, an innate immune system mutation, and a trigger:

Cereal consumption is relatively new among humans; it emerged during the last 12,000 years after the invention of agriculture and the cultivation of grains containing gluten.

This suggests that the human intestinal tracts have not yet fully evolved to cope with these grain proteins.

To make matters worse, genetic modification of cereal varieties over the past few decades (van den Broeck et al. 2010) (2) may have increased the content of immune-activating gluten in your food.

Scientists believe that the different amino acid sequences in the gluten protein residues are very similar to those found in harmful antigens, and this similarity provokes autoimmune responses in susceptible individuals.

Some people are more predisposed to an immune overreaction due to the type of HLA they have inherited from their parents.

The Human leukocyte antigen (HLA) is a key molecule in the immune response and protects you against disease. There are many different types and variants of HLAs in the human population and certain mutations in HLA can provoke autoimmune responses, such as the HLA DQ2 (which has also been found in some sequences of gliadin) and HLA DQ8 (1, 3).

However, having HLA DQ2 ⁄ DQ8 does not necessarily mean that the person will suffer from CD. Other factors trigger the disease.

Virus (adenovirus, and rotavirus) or even alterations in the gut microbiome may be the trigger that causes the disease (4).

The point is, that once T cells learn to identify gluten as an antigen, they never forget. So gluten has to be avoided at all costs because even small quantities or trace amounts can trigger the immune response.

What does Gluten-Free mean?

The Food and Drug Administration (FDA) sets a limit of less than 20 ppm (parts per million) of gluten content, as a criterion for labeling a product as "Gluten-Free". This is the lowest level that can be detected in foods using scientific tests (5).

This condition, known as NCGS covers a broad range of symptoms such as bloating, flatulence, fatigue, depression, irritability, abdominal pain, and altered bowel habits. This condition responds to a GFD (6).

The causes are unknown.

The key to avoiding harmful effects when adopting a GFD is to eat a Balanced Diet with an adequate intake of nutrients.

Some studies (3) have found that processed gluten-free food, when compared to food containing gluten, are not fortified or enriched with certain vitamins and minerals.

Furthermore, to make up for their lack of palatability some processed gluten-free foods are formulated with extra fat, salt, or sugar. This doesn't make them a healthy option and may increase the risk of heart disease.

However, processed foods shouldn't be so important in a balanced diet, there are plenty of healthy nutrient-rich alternatives for those following a Gluten-Free diet. Below we list some of them.

The key to a healthy GFD is to eat a balanced diet with the recommended daily allowance of minerals and vitamins. Keep an eye on salt, fat, and added sugars, top-up on fiber, and remember your daily portions of veggies and fruit.

Caveats of a GFD

A Gluten-Free Diet is costly

It also has a social and psychological toll

Adhering strictly to a gluten-free diet (which is the case of patients with celiac disease) is not easy. They have to focus on what they eat, make sure it is gluten-free, and that it does not get cross-contaminated while it is being stored, prepared, or served.

Frustration and negative emotions can lead to social reclusion, opting to stay at home instead of eating out.

Simple things such as eating out or taking a flight (in-flight GFM is an absolute necessity), become complicated, and require planning.

GF meals compliance costs more money, requires more time and energy: menus have to be carefully read and understood, and the waiter informed must also know about the subject. Reading food labels to find hidden gluten is a must.

And even so, accidents happen and eventually all celiac disease patients will ingest gluten and face its negative consequences.

For those of us who suffer from CD, the fun aspects of food and the social interaction around eating become a burden. Fast food or take out can also be a problem because regular pizza, burger buns, even the soy sauce in Chinese food, contain wheat.

Is a Gluten-Free Diet good for you?

There are some potential Benefits in a GFD in Non-Celiac Disease subjects. A recent Danish study (7) split Non-Celiac people into two groups eating the same amount of calories, one of them on a low-gluten diet (2 g per day) the other on a high-gluten diet (18 g daily). They found the following changes among the Low-Gluten Diet group:

The Gut microbiome and the Gluten-Free Diet

The Danish study also found that some gut bacteria were more abundant, while others decreased, depending on the amount of gluten eaten.

Among low-gluten dieters, the Bifidobacterium were less common, which coincides with studies that show that people living in traditional pre-industrial lifestyles have low or absent levels of bifidobacteria compared to people living in developed countries that eat plenty of wheat and flour-based foods.

Since Bifidobacterium act as probiotics and have health benefits, a change in the substrate they live on, by adding more polyphenol-rich foods such as flax seeds, chestnuts, blueberries, beans, spinach, and berries to the diet may enhance their growth in the absence of wheat fiber (8).

Caio et al. (2020) (9) link "dysbiosis, a condition promoting inflammation and metabolic impairment" to these alterations in the microbes that live in the intestines.

They confirmed that CD patients have fewer probiotic bacteria (Lactobacillus and Bifidobacteria) and slightly more pro-inflammatory bacteria of the Veillonaceae genus. But if these patients followed a GFD, it restored their gut microbiome and reduced the amount of pro-inflammatory microbes.

On the other hand, they noticed a drop in beneficial microbes among healthy subjects following a GFD, where beneficial probiotic bacteria were replaced by "opportunistic pathogens, e.g., Enterobacteriaceae and Escherichia coli."

Following a Gluten-Free diet is fundamental for Celiac disease patients. It is the only way they have to control the disease.

The added costs of a GFD, the difficulties to follow one in ordinary settings (take out foods, fast food, and regular restaurants) are also problematic.

A GFD has a strong impact on the gut's microbiota, it reduces probiotic colonies, decreases diversity, and favors the appearance of pathogens.

Subject: Fit-and-Well.com. Gluten-Free Diet pros and cons. A GFD can entail the risk of not eating enough fiber and vitamins and eating too much sugar, salt and fats. A balanced GFD can help you lose some weight but it is costly and not so simple to follow. 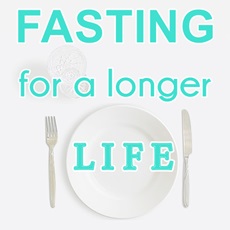 Alternate fasting extends lifespan and promotes longevity in nematodes and mice. Humans could benefit from fasting and exercising to enhance mitochondrial efficiency making them live longer 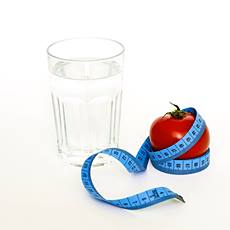 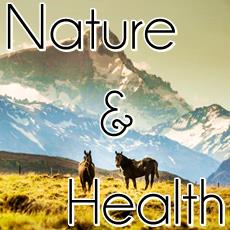 Being outdoors can improve your mental and physical health. Immersing yourself in nature makes you happier and healthier. 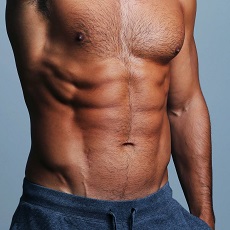 Tips for a Flat Stomach

Tips and the science behind them: flatten your belly, lose visceral fat and reduce health risk. Tone your abdominal muscles. 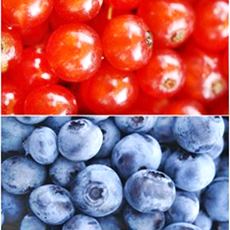 Berries, full of antioxidants such as flavonoids and anthocyanins, are great for your health, improving: diabetes, hypertension, obesity, cholesterol levels, and even cancer and neurodegenerative diseases 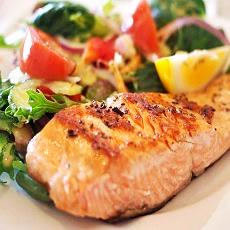 Ketogenic diet: what is it? Its benefits? The chemistry and the truth behind it: it does help you lose weight and body fat quickly and with few side-effects.