Hydration: Is coffee or tea the same as water?

The Science behind Hydration

A popular myth states that coffee and tea don't count towards your daily hydration requirements because they dehydrate you.

This groundless belief coupled with the also false requirement of Eight 8-ounce glasses of water a day rule may over-hydrate you, something which is not good for you either (See: Water Intoxication).

Actually, you obtain about 20% of your daily fluid requirements from the food you eat and the remaining 80% from the fluids that you drink.

And by fluids, we mean precisely that: all non-alcoholic beverages.

Alcohol is a diuretic

Alcohol is a diuretic, a substance that increases your body's urine output.

One unit is the alcohol is far less than you would imagine:

The current daily water intake recommendations of the National Academy of Medicine (NAM) for adults aged over 19 are:

So, in addition to the water content of your solid foods, you would have to drink about 80% of the Recommended Daily Water Intake as actual fluids (water, soft drinks, sodas, milk, fruit juice, coffee, tea, or other herbal infusions).

Is caffeine a diuretic?

Caffeine has a well-known mild diuretic effect which was first described in 1949 by James Davis and Nathan Shock (1).

However, there seem to be several factors that influence its diuretic effects such as habituation and a minimum threshold.

The U.S. Food and Drug Administration (FDA) (3) sets a level of 400 milligrams a day (about four or five cups of coffee) as one that is not dangerous or has negative effects for healthy adults; there is no level specified for children.

The FDA also considers caffeine as "generally recognized as safe" (GRAS) for use in cola-type beverages up to a level of 0.02%, or 200 parts per million. So a 12 oz can of cola soda has not more than 71 mg of caffeine.

Regarding higher doses of caffeine found in some dietary supplements or energy drinks, the FDA (4) describes its negative side effects as follows:

The following table shows the average (values can vary quite a bit) caffeine content in one cup or glass of some common caffeinated beverages:

Caffeine per cup or glass

Seal (2017) (5) had two groups of healthy adults drink coffee with a "low caffeine" and a "high caffeine" content and the team found that those who drank 6 mg per kg of body weight experienced a greater diuretic effect than those drinking half that amount.

They concluded that "3 mg kg-1 [of caffeine] do[es] not disturb fluid balance in healthy casual coffee drinking adults at rest."

Based on the average weight of the group this sets the threshold at 238 mg of caffeine per day for a "non-diuretic" effect.

Habituation: Regular consumption is the key to a lower diuretic effect

The first study on diuresis caused by caffeine was done back in 1928 by Eddy Downs (8); he found that caffeine has a diuretic effect. However, consuming caffeine regularly leads to a tolerance that counters the diuretic effect.

Izzo (1983) (9) and Maughan (2003) (2) agree with Downs. Their studies found that even though caffeine has a diuretic action it is much lower in individuals who consume coffee or tea regularly: "previous caffeine exposure may decrease its diuretic effectiveness" (9) and "A profound tolerance to the diuretic and other effects of caffeine develops, however, and the actions are much diminished in individuals who regularly consume tea or coffee." (2).

Caffeine does not interfere with hydration

There is no scientific evidence backing the recommendation to stay away from caffeine if you want to keep hydrated.

Maughan (2003) summarizes this very clearly: "The most... valid of the published studies offers no support for the suggestion that consumption of caffeine-containing beverages as part of a normal lifestyle leads to fluid loss in excess of the volume ingested or is associated with poor hydration status. Therefore, there would appear to be no clear basis for refraining from caffeine containing drinks in situations where fluid balance might be compromised" (2).

This same finding is echoed by Killer, Blannin, and Jeukendrup (2014) (13), who debunk the notion that coffee causes dehydration and should be avoided to maintain an optimal fluid balance.

Killer and her colleagues concluded that despite a higher excretion of sodium through urine in the coffee drinkers: "there were no significant differences [...] of hydration status between trials. suggest[ing] that coffee, when consumed in moderation by caffeine habituated males provides similar hydrating qualities to water."

Zhang's team (2014) (10) ratified this finding when they studied athletes drinking around 300 mg of caffeine. They reported a "minor diuretic effect" which was slightly stronger in women than in men and that exercise reverted this effect.

They also concluded that "Concerns regarding unwanted fluid loss associated with caffeine consumption are unwarranted.".

Bhalla and Gupta (2018) (6) also found that a daily intake of 300 mg of caffeine did not cause "...any fluid electrolyte imbalance and that [it] did not lead to excessive fluid loss in healthy adults."

Tea and coffee hydrate you

Did you know that an average cup of tea or coffee is almost 99% water?

Fact: " The amount of soluble solids in brewed coffee varies quite a bit, from 1-2% " (11). So drinking tea or coffee is a great way to hydrate yourself, tea also has its fair share of antioxidants and other additional health benefits (15).

And if it does increase your loss of fluids due to its diuretic effect, the water intake that comes with the caffeine more than compensates the loss:

So drinking tea and coffee will not dehydrate you, it will also provide you with a net gain of fluid.

What about Colas or Diet Colas?

The authors wrote: "This preliminary study found no significant differences in the effect of various combinations of beverages on hydration status of healthy adult males. Advising people to disregard caffeinated beverages as part of the daily fluid intake is not substantiated by the results of this study.".

Tucker et al., (2015) (14) reached a similar conclusion comparing combinations of beverages: cola and diet cola (both of which have caffeine), water, and orange juice.

They found that "beverages of varying composition are equally effective in hydrating the body."

If you drink coffee or tea or other caffeinated drinks such as cola sodas regularly your body is most likely accustomed to the extra caffeine and the diuretic effect is minimal.

All the scientific studies cited above found that drinking tea, coffee, or cola drinks will not cause excessive fluid loss or upset your hydration. They confirm that water and the other caffeinated beverages are equal in their hydrating effects.

(8) Eddy N, Downs A, (1928). Tolerance and cross-tolerance in the human subject to the diuretic effect of caffeine, theobromine, and thoephylline. J Pharmacol Exper Ther 33: 167-174 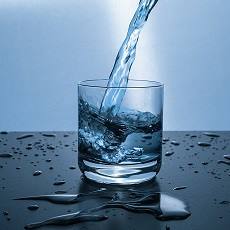 Should I drink 8 glasses of water a day?

Conventional wisdom has it that you must drink eight-glasses-of-water-per-day (also known as the "8x8" rule) to keep hydrated. That is eight 8-oz glasses of water. This is a myth that has no scientific basis. 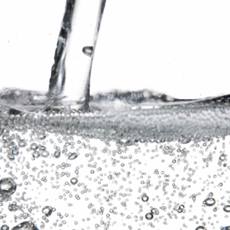 Is sparkling water as good as regular still water? Learn about the effects of carbonated water on your health, weight gain, and hydration.

Dehydration is often named as the main cause of constipation. But, does increasing your water intake improve your constipation? Learn about the science behind constipation, water, and fiber intake. 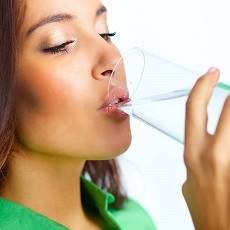 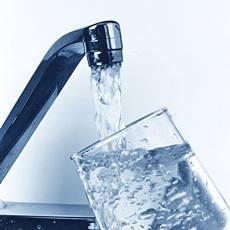